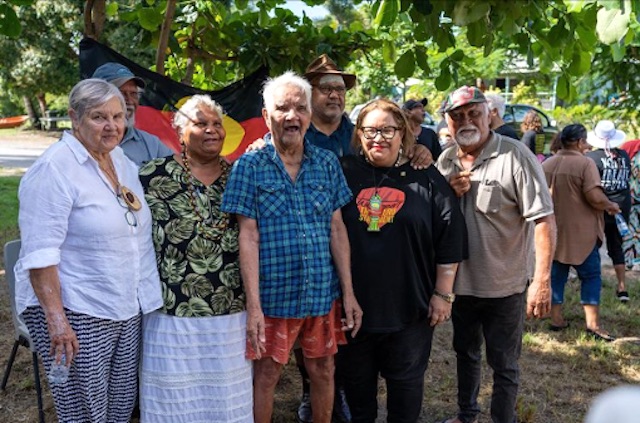 Today marks five years since the day more than 250 Aboriginal and Torres Strait Islander delegates gathered at the National Constitutional Convention and signed the Uluru Statement From The Heart. This statement declared Australia to be the unceded land of First Nations people for over 60,000 years and was a way “to empower people and take a rightful place in our own country”.

Now, after nearly a decade of conservative government, last Saturday the Australian people elected the Labor party to lead the country, with Anthony Albanese as the new Prime Minister. In his victory speech on Saturday night, he made this promise:

“Together we can embrace the Uluru Statement from the Heart. We can answer its patient, gracious call for a voice enshrined in our constitution. Because all of us ought to be proud that amongst our great multicultural society we count the oldest living continuous culture in the world.”

The Uluru Statement calls for Indigenous recognition, voice, and truth-telling to be enshrined in the constitution. Australians know this is important and support constitutional change for Australia’s First Peoples. In 2019, The Guardian’s Essential Polls conducted a survey to determine support for First Nations’ constitutional recognition across the parties of the Australian parliament. It showed 52 per cent of Coalition voters, 68 per cent of Labor voters, and 75 per cent of Greens voters were in favour of a referendum, and have been since 2014.

Yet when I approached students on campus at the University of Sydney and asked them what constitutional recognition, Indigenous voice and reconciliation meant in practice, they couldn’t identify specific meanings.

“I think it’s about recognising and educating people about the culture and the history of Indigenous people,” one student answered.

“Recognising mistakes made and recognising the way Indigenous people still suffer,” another said.

One student couldn’t give me an answer at all: “I don’t know what to say…”

It affirmed people truly care and generally know about Indigenous affairs, but there is a knowledge gap on the ‘how’, on the tangible meanings of the words.

The organisation ANTaR (Australians for Native Title and Reconciliation) fosters dialogue between First Nations peoples and non-Indigenous communities to bridge this knowledge gap. Paul Wright, the non-Indigenous CEO of the organisation, is passionate about advocating for the rights of Aboriginal and Torres Strait Islander peoples in all communities. I spoke to him to learn more about his work.

“When you think about the demographics of Australia, Aboriginal and Torres Strait Islander peoples only make up 3 per cent of the population, and the rest of us, obviously 97 per cent,” he said.

“So, to make any big change, to right the wrongs, to address unfinished business between our communities, we can’t just leave it to the 3 per cent to fix what the 97 per cent has done, or what has been done in our name.

In 2017, more than 250 Aboriginal and Torres Strait Islander delegates gathered at the National Constitutional Convention to sign the Uluru Statement From The Heart. This statement declared Australia to be the unceded land of First Nations people for over 60,000 years and provided a way “to empower people and take a rightful place in [their] own country”.

Wright explained the requests made by the “very elegant statement”, starting with constitutional reform.

“Rather than trying to come up with a fashion of words for the preamble of the Constitution, all they called for was for a voice to be enshrined in the Constitution that gave voice to First Nations peoples so that they can speak with authority on the issues that impacted them.

“So, when government introduces legislation that might impact First Nations peoples, they have an opportunity to actually talk about and respond to the legislation or the policies that are put forward by the government.”

The Uluru Statement also requested a Makarrata Commission to “negotiate treaty between First Nations and the Commonwealth”, and establish a “truth-telling process”, Wright said.

This is something the Victorian State Government has already enacted for the first time in Australia through the Yoorook Justice Commission, formally established on 14 May, 2021. The body commits to looking into “past and ongoing injustices” for Indigenous peoples “in all areas of life since colonisation”.

Five years on from the Uluru Statement, few believed action would come any time soon. Only weeks ago two of Australia’s greatest leaders from the 1990s-2000s sat in front of a small crowd of journalists and students at the Judith Neilson Institute of Journalism and Ideas. Former Labor Prime Minister Paul Keating and Indigenous lawyer, leader and land rights activist Noel Pearson, were launching Pearson’ book Mission: Essays, Speeches and Ideas.

Keating held the large yellow book in one hand.

“It is largely the story of an uncompleted and unfulfilled journey. Do you think you agree with that?” he asked Pearson.

Pearson thought carefully for a moment. He took a long, sharp breath. “Yeah,” he responded. A simple, candid response. The audience laughed.

As the event went on, it became clear the “uncompleted and unfulfilled journey” was reconciliation, Indigenous voice in parliament and recognition in the Australian Constitution.

I had heard these words before – reconciliation, treaty, voice, recognition. I knew they were important words. I had heard these words through Kevin Rudd’s ‘Sorry’ speech in 2007, the Uluru Statement From The Heart in May 2017 – they were all around me. But as I sat there, I had no idea what these words looked like in practice, and I imagine there are many non-Indigenous people like me that care a lot, but don’t know what true reconciliation and true recognition of Aboriginal and Torres Strait Islander peoples is. With the newly-elected Labor government promising to implement the Uluru Statement to its full extent, I knew it was imperative that I, and other voters like me, learn more about the meanings of these words.

At the launch Pearson said the Labor party was at risk of “repeating the same mistake” in this election as they did in 2007-8, in dealing with the issue of Indigenous recognition in the Australian Constitution.

“When it was clear that Rudd was going to prevail at the election, he said, ‘We will deal with this in the second term’,” Pearson said. “All of a sudden, the thing was adjourned for a second term of Labor. He never got a second term, and I fear that the Opposition now is in danger of repeating the same mistake.”

I knew no one would know the meanings of the important words I was searching for more than the Aboriginal and Torres Strait Islander peoples. I reached out to Kathryn Dodd Farrawell- Aunty Kath- an Indigenous community woman in Glebe and ambassador for the Glebe Youth Service. I visited her home. The walls were covered with her own incredible artwork, telling her stories and the trauma of her people and family.

“We need to have a proper voice in parliament and secreted in a way that it’s got power and strength, and we have it properly recognised,” Aunty Kath said.

“There’s a lot of trauma that’s happened. It’s like it keeps kicking us. But there is strength, and there is humanity in a lot of people, and our culture is so powerful.”

I asked her how all Australians – all communities – can learn the true meaning of reconciliation, recognition and voice.

She said: “Education… and heart. Everyone’s got a heart.”

Aunty Kath showed me how music, art and stories from her culture are the most powerful tools of educating and unlocking our hearts to make change. I read along to the picture book Took The Children Away as we listened to Archie Roach’s breathtaking song. As I closed the book, I was speechless.

“It’s teaching children how to read too,” Aunty Kath said. “To have a melody and a rhythm to connect. But also to see the colours, to see what’s happening, to have feeling. You hear the feeling in his voice.”

We strolled around her home, and stopped at the paintings, each one with its own story and own meaning. We stopped at one wall with two canvases hung.

The first had a bright blue background- the ocean- with beautiful green islands scattered around. “Everything’s all intact,” she said. I understood.

The second canvas was split in half, the first half with darker colours and tones. “And then you come down to the ripping and tearing at Grandmother Earth.”

Grandmother Earth’s womb and breast were torn open and bleeding out with a deep red and a blinding orange. “She’s holding onto my sister and my brother.” Aunty Kath explained how it represented how Grandmother Earth holds all her children in her arms.

“But see the glitter in her eye? She’s looking back that way.” Aunty Kath pointed to the Yesterday canvas, where the earth, land and sea were intact. I understood.

“The hope is for tomorrow,” she said, pointing to the right side of the canvas, filled with gold, copper, pink, bright purple and yellow flowers.

I understood. An uncompleted and unfulfilled journey.

Days after the election it’s possible there may now be a glimmer of hope.

Aunty Kath would like to thank her community, particularly the women throughout her life.

“I want to pay respect and remembrance to the strong Aboriginal women and men who have worked with our young ones. I want to say thank you, and we love you. There’s a lot of women in our community in Glebe and around the city that we know that teach our young ones and stand them up strong to go on to make change in really vital positions.

“This goes for all the Aboriginal women and men around our country who have stood strong, stayed strong and taught us young ones and older ones how to be, to always take care, and to get through. We pay respect to our loved ones. We are blessed to have them in our lives.” 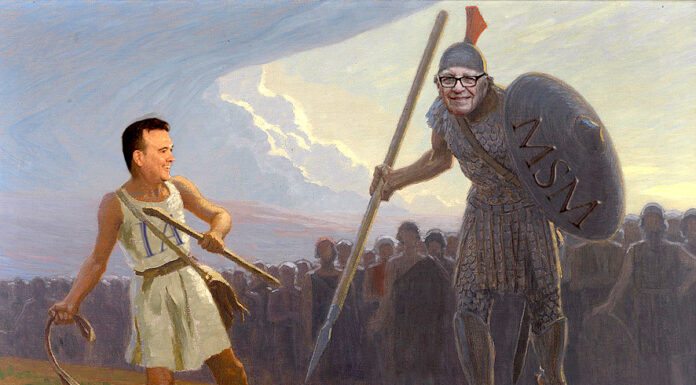 Podcast: Heaven in the Present 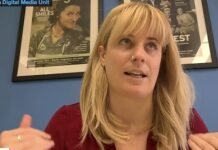 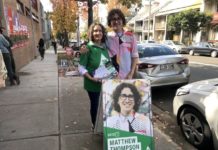 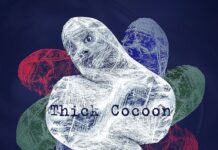 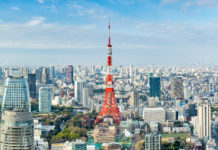