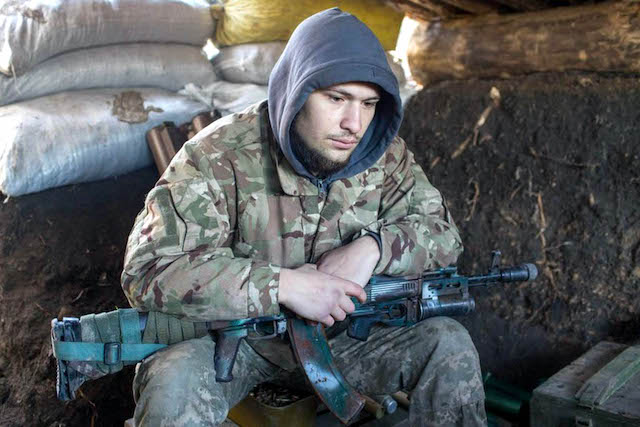 The Newsroom kicked off this year with two special guests giving their time to Department of Media and Communications and SLAM students to answer their questions on the Ukraine crisis.
Dr Olga Boichak joined the newsroom in Sydney where she is a cultural sociologist and a lecturer in Digital Cultures in the Department of Media and Communications (MECO) at the University of Sydney. She holds a Master of Public Administration and a PhD in interdisciplinary Social Science from Syracuse University (USA), and her research interests span networks, narratives, and cultures of activism in the digital age. She is a member of the Centre for International Security Studies and editor of the Digital War journal. She has a track record of publications on digital war, legitimising state power, transnational mobilisation, and algorithmic citizenship. Her work has appeared, among others, in Big Data & Society, International Journal of Communication, Global Networks, Media, War & Conflict, and the Journal of Intelligence and National Security.
Bryce Wilson, who joined the newsroom from the front in Ukraine, is a photographer, filmmaker and freelance photojournalist from Melbourne. His work has focused on the war and humanitarian crisis in Ukraine’s east since 2015, and he was the first Australian journalist to embed with the Ukrainian army, and Ukrainian special forces during combat deployments. Bryce has worked with the United Nations World Food Programme and Office for the Coordination of Humanitarian Affairs, Ukrainian humanitarian groups, and international NGOs. He has presented live reports and correspondence on international television and radio, and his photography work and reportage from Ukraine has been published by ABC Australia, ABC News Radio, Sky News, MSN, Conflict News, The Interpreter, Business Insider, PLGRM, and The Daily Mail.