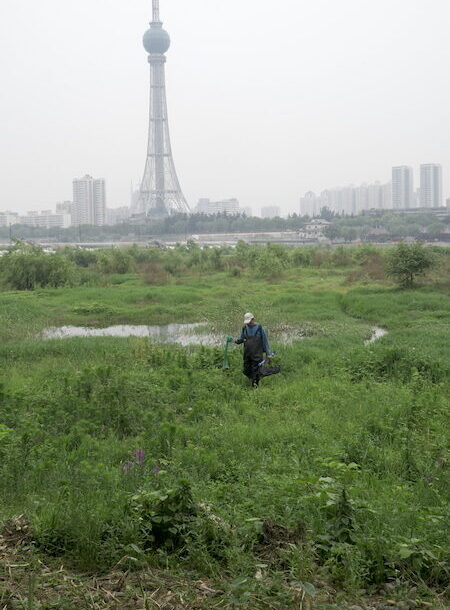 Contributor: Yilong Zhang
The theme I wanted to convey in this short film is the contradiction. It is the contradiction between what we know and what we do. In the film, the man knows that there is no way to go back to the past, but the fond memories of the past make him want to try, just in case it proves to be possible. So, I think it’s a paradox that we know something will never happen, but we can’t convince ourselves not to do it. I believe the reason for this is the emotions we have as human beings. If it’s a robot, just tell it what not to do, and then the robot won’t do it. But humans don’t react so automatically, as emotions play a big role and are the biggest difference between us and robots. It’s also the biggest contradiction in us, that even though we can’t do it, we still must do it.

Yilong Zhang, whose excellent film won an award at the recent MMI Graduation Showcase, completed the Masters of Moving Image (MMI) postgraduate degree through Sydney College of the Arts (SLAM) a the University of Sydney in June this year. Born in Luoyang, Henan Province in 1997 he has recently graduated from the University of Sydney, and has filmed documentaries, TV programs and completed his short film Luopu Park in 2021.