Founded in 2006 by Swedes Daniel Ek and Martin Lorentzon, the music-and-podcast-streaming service Spotify has quickly become a ubiquitous presence on digital devices. Like all social phenomena, it is an assemblage, meaning that it is not a fixed, unified entity but a, “relational [construct] comprised of heterogeneous and emergent component parts that are arranged together towards certain strategic ends” (Savage, 2019, p. 1). To understand how an assemblage functions, an analysis involving an examination of the assemblage’s structure, political typology and typology of change (Nail, 2017, p. 37) must be conducted. Due to the limited scope of this essay, not every aspect of the application could be discussed, but there is certainly more than enough evidence to demonstrate that Spotify is a relatively negative and autopoietic capitalist assemblage.

Structure of the Spotify Assemblage

In this section, Spotify’s abstract machine, concrete machine and personae will be identified and described in relation to their contribution to autopoiesis.

The Abstract Machine
In the introduction, Spotify was referred to as a music and podcast-streaming service because that is the form the application currently takes and is therefore what the mind immediately conjures when one hears its name. This has not always been the case though. Over the years, Spotify has introduced and retired a variety of different features that had the potential to change its trajectory entirely. In 2016, for example, there was an attempt to implement YouTube-esque short-form video content (Ingham, 2019), whereas in 2018 there was a brief stint during which independent artists could upload music to the application (Ingham, 2019) in a similar vein to SoundCloud. On both occasions Spotify’s name did not change, but its elements and agents did. The term Spotify itself then is what is known as the abstract machine – a set of conditions that signify the concrete elements and agents of an assemblage in whatever configuration they are currently arranged (Nail, 2017, p. 25). The abstract machine is dependent on exterior elements, that is to say the material and technical but also expressive and symbolic desires that produce subjectivity and agency to exist (Guattari, 1995, p. 37). In the case of Spotify, these exterior elements produce data (via the personae) that can then be fed into the algorithms that perpetuate the application.

Of course, for Spotify to generate data, it needs a tangible form. This is known as the concrete machine and is simply, according to Nail (2017), “the existing embodiment of the assemblage” (p. 26).

Ironically, it is impossible to talk about Spotify’s material components without also talking about dematerialisation, seeing that as Magaudda (2011) affirms, “music represents an emblematic case for the… digitalization of people’s consumption practices” (p. 18). Spotify functions by storing all its available music on servers (Gilmour, 2013). When a user requests an audio file, the application determines whether or not said file has been listened to before (Gilmour, 2013). If it has, it can be retrieved from the user’s cache; if it has not, it can be retrieved from either the servers themselves or from nearby computers that have the song stored in their caches. (Gilmour, 2013) This setup has extremely low latency; in fact, Spotify’s songs begin within 285 milliseconds. Since the human brain regards anything that occurs in under 250 milliseconds as instantaneous, the user feels as though they have the entire world’s collection of music at their fingertips. It is perhaps unsurprising that this, combined with high quality audio of up to 320 kilobits per second as well as a sleek black and green colour scheme, makes Spotify far more appealing to many than physical ownership or even free pirated music.

Moreover, users who are interested in what Spotify has to offer do not have to financially commit right away thanks to the application’s ‘freemium’ model. This arrangement allows users to enjoy Spotify for free, yet with just enough inconvenience that they are encouraged to take out a subscription. In its current configuration, non-paying users are able to listen to both music and podcasts, albeit accompanied by intermittent advertisements, but are unable to download files for offline listening.

Finally, there is the Spotify algorithm, an incredibly complicated mechanism that, in its most basic sense, operates as follows: the application’s billions of playlists are analysed along with the songs a particular user has listened to and/or saved; songs that are similar to the ones the user has listened to and/or saved that both align with their taste profile and are unknown to them are then identified and suggested (Pasick, 2015). This ability to target users via the collation and exploitation of their data makes the algorithm the core constituent of a positive feedback loop that connects, enhances and, most importantly, proliferates the assemblage.

As is perhaps obvious, the concrete machine is useless without users, or personae, whom Nail (2017) defines as, “mobile operators that connect the concrete elements together according to their abstract relations” (p. 27). What this could look like in regard to Spotify is two users (personae) who have recently experienced a relationship breakdown (abstract relation) choosing to place a song (concrete element) into their break-up playlists (concrete element). The algorithm (concrete element) then suggests this song to another user (personae) who, because they do not want to be reminded of their ex-partner (abstract relation), deletes the suggestion, thereby causing the algorithm to assume that the person did not like the song. What is important to remember, however, is that the personae are not individuals, but a collective force whose collective choices bring the material components of the assemblage into new relationships. In the above example, it is not any individual decision but the combination of decisions that forges the relationship not just between the three strangers, but between them and the algorithm. Since Spotify has 286 million users, 130 million of which are paid subscribers (Spotify, 2020), it becomes apparent just how complex the assemblage is and just how big of an impact the personae have on the way it is constructed.

The Political Typology of the Spotify Assemblage

Guattari (1995) argues that, “politics… does not come after the emplacement of the terms and their relations, but actively participates in the drawing of the lines” (p. 203). What this means is that it is not just the application of an assemblage’s structural features that is political, but the very manner in which they are laid out (Nail, 2017, p. 28). There are four basic arrangements – territorial, state, capitalist, and nomadic – with one type generally being dominant over the others, although the others do still maintain some influence (Nail, 2017, p. 33).

A capitalist assemblage is one in which the qualitative becomes quantitative, with the personae being the primary driving force behind this transfiguration (Nail, 2017, p. 31). Spotify fits this description perfectly seeing as the qualitative experience of listening to audio is quantified via the collective decisions of the agents. Let us look at a few examples.

On artists’ Spotify pages, their most popular songs – meaning their songs with the most all-time and recent streams – are displayed in a section separate from their discography, with the actual number of streams visible to the user. The implication of this setup is that these songs are qualitatively superior to others from the artist because, when comparing the quantified collective choices of the personae, their numbers are higher. Playlists on Spotify are distinguished in a very similar manner, with the number of people following different playlists displayed below them, again insinuating that playlists which the personae have collectively elected to follow in higher quantities are qualitatively enhanced. Finally, there are the charts which rank songs and podcasts based on their streaming performance. Even with Spotify using an algorithm that supposedly precludes artificial inflation of the numbers (Spotify, 2020), say by simply paying people to play a song over and over, the hierarchisation is in and of itself a value judgement fuelled by the collective inclinations of the agents.

In all of these cases, the three aspects of the assemblage are being treated not as heterogenous singularities, but as, “globally exchangeable quantities” (Nail, 2017, p. 32). This is perhaps obvious when it comes to the contiguously quantified concrete machine and personae, but less so for the abstract machine. Think about it though, if a person chooses to listen to a song because they like the artist’s previous work, then that exteriority will be recorded, and therefore quantified, in Spotify’s stream count.

There are other arrangements at play in the Spotify assemblage. The fact that artists cannot directly upload music to the application and must use digital signal processing is, for instance, an example of concrete elements being coded according to ‘proper’ usage – something inherent to territorial assemblages (Nail, 2017, p. 28). Having said that, Spotify is still ultimately a capitalist assemblage.

Spotify’s Typology of Change
The process by which an assemblage transforms is referred to as deterritorialization, with there being four different types – relative positive, relative negative, absolute positive and absolute negative (Nail, 2017, p. 34). Relative negative deterritorialization reproduces an established assemblage by, “[adapting] and [responding] to changes in relations by incorporating those changes” (Nail, 2017, p. 34). To see how Spotify does this, here are some examples.

When Spotify first launched in Sweden, there were some artists who were dissatisfied with the remuneration that they were receiving for their music (Lu, 2016). To mitigate this, Spotify built a website that allowed artists to track their streaming history and how it related to the payments they accrued (Lu, 2016). Likewise, when Taylor Swift very famously withdrew her music catalogue from the application in 2014, Spotify responded by writing a 2000-word essay that explained exactly how artists were compensated and why (Lu, 2016). In both of these cases, there was potential for the assemblage to become upheaved, but by increasing their level of transparency, Spotify was able to preserve its reimbursement system and, by extension, itself.

Even Spotify’s autopoiesis is relatively negative. This has already been addressed to some extent in this piece in relation to the Spotify algorithms recommending songs to users based on their listening habits. There are, however, other illustrations of this. The freemium model discussed in an earlier part of this paper is, for instance, autopoietic as the advertisements on the free version and the monthly subscription fees on the premium version enable Spotify to pay artists (along with various other stakeholders) and therefore retain them and the application itself. Spotify also uses user-generated data and content to advertise, with its highly successful ‘Thanks 2016, it’s been weird’ campaign producing billboards that donned hilarity like ‘Dear person who played “Sorry” 42 times on Valentine’s Day… what did you do?’ and ‘Dear person who made a playlist called “One Night Stand with Jeb Bush like He’s a Bond Girl in a European Casino,” we have so many questions’ (Gorbatch, 2019). This quirky, consumer-centred and autopoietic marketing was so fruitful that Spotify has had similar campaigns every year since (Gorbatch, 2019).

In summation, by conducting an assemblage analysis and examining Spotify’s structure, political typology and typology of change, it is apparent that the application is a relatively negative and autopoietic capitalist assemblage.

Gorbatch, A. (2019). Spotify: The masters of marketing campaigns. Retrieved from  https://awario.com/blog/spotify-the-masters-of-marketing-campaigns/

Pasick, A. (2015). The magic that makes Spotify’s Discover Weekly playlists so damn good. Retrieved from https://qz.com/571007/the-magic-that-makes-spotifys-discover-weekly-playlists-so-damn-good/

Product Habits. (2020). How Spotify built a $20 billion business by changing how people listen to music. Retrieved from https://producthabits.com/how-spotify-built-a-20-billion-business-by-changing-how-people-listen-to-music/

Spotify. (2020). Frequently asked questions: How do you calculate Spotify Charts? Retrieved from https://analytics.spotify.com/faq/spotify-charts#calculate

Sydney von Hacht is a domestic student in her final semester of a secondary education (teaching) degree. Her major is in English and she hopes to pass on her love of words to future generations of students. 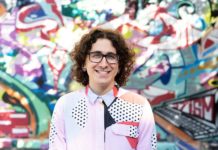 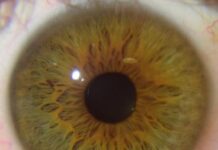 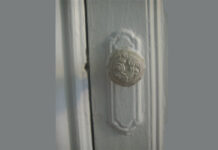 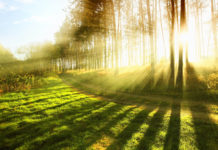