Marco Stojanovik looks at programs that aim to keep Indigenous kids out of the justice system.

“Alright everybody, same combo: double jab, left, left,” Josh Togo yells out over a smacking of boxing gloves against pads.

The young boxers pair off and practise their exercises.

It’s 7am and dozens of Aboriginal kids, their mentors and local policemen are braving the winter morning to carry out their tri-weekly fitness and boxing sessions. It’s a key part of the Clean Slate Without Prejudice program.

Launched in 2009 by Tribal Warrior in partnership with Redfern Police, the program targets Aboriginal and Torres Strait Islander youth at risk of offending. Participants are referred to the program by their parents, the juvenile justice system, their school, the police or the Department of Families and Community Services.

Togo is a professional martial arts fighter and head mentor with the program. Over the years he’s witnessed countless kids change their behavioural patterns based on the good habits they’ve formed at the early morning boxing sessions.

“The whole idea is about routine and discipline,” he says. “They change their attitude; they start seeing more values in their lives. They start realising that they can be whoever they want to be.”

Togo’s role as a mentor is to offer encouragement and guide by example to motivate the participating young people achieve to the best of their abilities.

The boxing sessions are key to his role as first point of engagement with participants. Communication and relationships are fostered which guide the additional work done in other parts of the Clean Slate Without Prejudice program.

This includes a language program, cultural activities and a health and wellbeing program for the older kids to hang out and discuss challenges in their lives and positive changes they can make.

The program also involves helping participants find education and employment through connections with other organisations in the community.

“We’ve had many success stories,” says Togo. “We’ve got kids finishing Year 10, wanting to pursue to Year 12… do their uni degrees… enter the work force and maintain a full time job.”

Relationships between the Aboriginal community and police in Redfern have also improved since the inception of the program, and crime rates have significantly dropped. Robbery offences committed by Indigenous juveniles in particular fell by 80 per cent that year and have continued to decline since.

This comes amidst a general decline across Australia in the rate of Aboriginal and Torres Strait Islander people in the youth justice system.

According to a recent report by the Australian Institute of Health and Welfare (AIHW), the rate of Indigenous people aged 10 to 17 under supervision, both in the community and in detention, has fallen over the last five years from a daily average of 176 to 172 per 10,000.

“Any drop in the rates of youth justice supervision should be cause for celebration, but the report… only serves to highlight systemic problems,” says Pauline Wright, President of the Law Council.

Problems such as intergenerational trauma, poverty and inadequate access to essential services like housing, health and education continue to drive Indigenous offending and incarceration.

The Law Council is calling for the introduction of early preventative and diversion services with a focus on investing in indigenous community-led solutions and expanding and funding justice reinvestment trials.

Justice reinvestment involves the redirection of resources away from prisons to addressing the root causes of offending in communities. It represents a shift away from top-down punitive approaches to local solutions that aim to prevent contact with the criminal justice system.

“Aboriginal young people and communities have the solutions and the first step is listening, working together, and building trusting relationships to build better outcomes over time,” says Nicole Mekler, the community and youth engagement coordinator at Just Reinvest NSW.

Mekler’s work with the not-for-profit group aims to support communities across the state to explore and establish justice reinvestment initiatives.

In 2013, Bourke in north-west NSW became the first major site in Australia to implement an Aboriginal-led place-based model of justice reinvestment through collaboration between Maranguka, the Bourke Tribal Council and Just Reinvest NSW.

At that time, the town topped most of the crime statistics across the state and Aboriginal community members were concerned with the high levels of social disadvantage and rising crime.

The initiative has since implemented a range of activities as part of the community’s Growing Our Kids Up Smart, Safe and Strong strategy. Reducing Aboriginal young people’s high rates of involvement with the criminal justice is a key goal.

“Justice reinvestment is about addressing the underlying causes of crime; Bourke decided to take a life course approach,” says Mekler.

Through Maranguka’s driver licensing initiative, for example, more than 310 people have obtained their licence. Consequently, between 2015 and 2017, there was a 72 per cent reduction in young people aged up to 25 charged for driving without a licence.

Maranguka initiatives in Bourke such as this have not only reduced crime rates but done so while saving money. In 2017 there was a saving of $3.1 million, according to an economic impact analysis conducted by KPMG. If sustained, savings will total $7 million by 2022.

Meanwhile the Federal Government spent $916 million in 2018-2019 just on youth justice, according to this year’s Productivity Commission Report on Government Services.

“Think about what else that money can be used for,” says Mekler. “Money is just going to the wrong places. Solutions really need to be designed and led by local communities to have lasting change.”

Back at the gym Josh Togo nods in agreement with Mekler’s point as he pulls off his boxing gloves and packs them into his bag.

“That’s the main ingredient. The community’s got to buy into what we do.”

At the end of the session he gathers the boxers in a circle to celebrate everyone’s effort. Before leaving to attend school and work, they recite the program’s pledge.

“The hard work we do here replicates the discipline and routine that we carry out throughout the days, the weeks, the months and the years. If this is the hardest thing you will do today, well you’re going to have a good day.”

Marco Stojanovik is a graduate student of Media Practice at the University of Sydney. He has a strong interest in Australian and international political affairs and social justice issues. He can be reached at stojanovik@hotmail.com or on Twitter @MarcoStojanovik

The Spotify Assemblage: Why your playlist shapes both your Saturday... 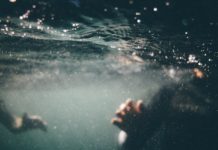 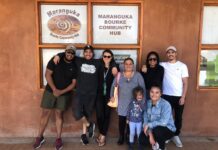 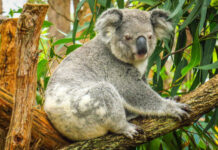 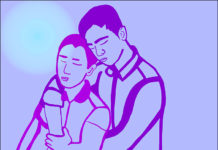