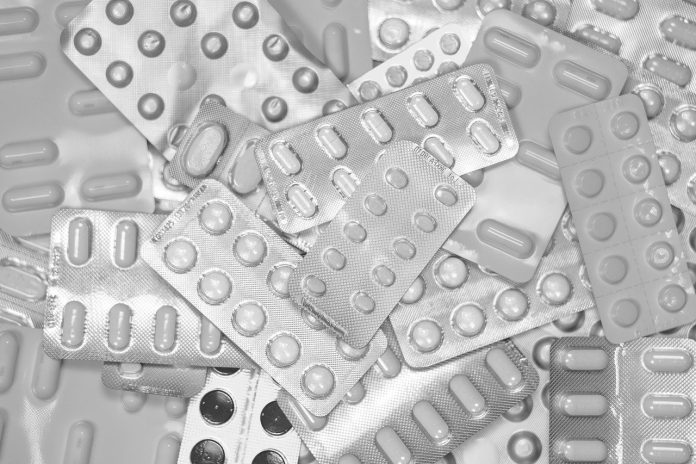 He handed me the prescription and sent me off. No mention was made of having me see a psychologist to further treat my anxiety, nor did he advise of a follow-up appointment to check up on me to see if the medication was working. I left the medical centre oblivious to the fact that you cannot stop taking this drug as easily as you can start, not because you actively crave it, but because your body grows violently dependent on it. After a single, isolated anxiety attack and a five-minute consultation with this general practitioner, I had in my hands a medication powerful enough to delve deep into my brain to mess around with its delicate chemistry.

We live in a country where antidepressants can be prescribed as easily and as quickly as antibiotics. Globally, Australia has the second-highest percentage of its population taking antidepressants. Between 2000 and 2015, the number of Australians prescribed antidepressant medication more than doubled. On 12 January, 2016 I became one of the nearly two million Australians who take antidepressants. Since that day I have been shackled to Venlafaxine, serotonin-norepinephrine reuptake inhibitor (SNRI) antidepressant. I am under its command. For me there are no rewards from this medication, only punishment and pain (and a lot of vomiting).

From what I can recall, 11 January 2016 was an ordinary day at work. The Christmas and New Year lull was coming to an end and everything was shifting back to its normal pace. I was in the middle of my four-month-long summer break from university and in three weeks’ time, I would be jetting off to the mountainous wonders of New Zealand for a family holiday under the shining sun. What could I possibly have to worry about? I was sitting in the tearoom watching a music video on my phone when a wave of nausea hit me, as well as a feeling of dread with no discernible cause. I quickly locked my phone as the sound of the music deepened the nauseating pit in my stomach. I sat quietly and stared blankly—my heart racing, my head hot—while waiting for the wave to recede. It didn’t. I pushed through the remainder of my shift, answering phone calls through pulses of sickness rising up from my stomach, my knuckles white from clutching the handset tightly enough to will myself not to vomit.

For the next 12 hours, I was trapped in my sickness. My heart thumped rapidly in my chest throughout the night, slowing only when I woke the next morning. Pale and fragile, I sat on my couch and ate plain water crackers to rebuild my appetite and strength. Assuming the episode was over and I could return to my normal life, I downloaded a David Bowie greatest hits album to begin the grieving process, news of his death having broken the day before. When I felt my heart rate begin to rise again, I drove myself to the medical centre, unwilling to suffer through a second round. I explained my symptoms to the doctor and told him that this had never happened to me before, emphasising that I had no reason to be stressed or worried. Why did this happen? Would it keep happening? What could I do to stop it happening again? He gave me a general check-up before concluding it was most likely Generalised Anxiety Disorder and he would prescribe 75 milligrams of Venlafaxine, an antidepressant used to prevent panic attacks and alleviate symptoms of anxiety.

I took the medication home, relieved that I now had armour to protect me from the wretchedness of the day before. When I shared the good news with my parents that afternoon, they responded with stern expressions and immediately advised me not to take the capsules. They were uncommonly serious, warning me that antidepressants would turn me into an emotionless robot.

“Next time it happens,” my mum said, referring to the anxiety attack, “just breathe into a paper bag.”

Nineteenth-century advice such as this did little to convince me to turn my back on a medical professional and modern medicine. I swallowed my first capsule and comforted myself with a reassuring thought: if they do end up being that bad, I’ll just stop taking them. Simple.

From that day on, I dutifully took one 75-milligram capsule of Venlafaxine each night—although the doctor had originally recommended that I take two a day. I knew even then that was overkill. In early March, I had run out of capsules and decided not to fill my prescription; I hadn’t suffered from another attack, but I wasn’t confident that this could be attributed to the medication. Three days later I entered the pharmacy looking like a heroin addict desperate for a fix—my body weak and nauseated, hair messy and deep, purple bags under my eyes. C’mon, man, I just need one more hit. Within a day of being back on the medication, I no longer felt ill.

Later that year in September, it was a bright spring morning as I headed to one of my favourite classes at university. The unit was a chronological exploration of popular music in America and I was off to a tutorial to discuss 1970s soul, funk and disco. I can talk about ‘70s music for hours on end, so I was particularly excited about this week’s class. As the bus hurled down the M2 Motorway, I sat basking in the sunshine that streamed in through the large windows as I listened contentedly to my music. Halfway through the trip, I felt the familiar waves of nausea begin to rise. I paused my music so I could concentrate on riding it out. I had missed my dose of Venlafaxine the night before as I had run out, but surely I had more time before the effects of withdrawal hunted me down? I was wrong. The nausea kept swelling within my stomach and rising up into my oesophagus. The inside of my cheeks began to tingle and my mouth filled with saliva; my heart pounded in my chest as my nightmare actualised into the inevitable. Sometime after passing the Oakes Road Interchange, the last stop until Wynyard over 20 minutes later, I vomited into my lap, the sick streaming down my jeans to form a chunky puddle at my feet. It was an act so humiliating that I floated out of my body as several women—their maternal instincts kicking in, I assume—came to my aid with tissues and comforting words. The man sitting to my left, trapped by the vomit, stared out of the window with his jaw clenched, wanting to escape the claustrophobic situation probably even more than I did. I alighted at the Queen Victoria Building, descended to their basement toilets to clean myself up as much as I could and then hopped straight onto the next bus home. I wanted to hide away and cry and call my mum. I got home, changed into my pyjamas and got into bed. I was defeated.

It was then I realised that Venlafaxine had well and truly taken control of my life. I could find peace with this if the medication actually did anything to help me with my anxiety, but it doesn’t. Not only do I still suffer from occasional attacks, but they’re steadily increasing in severity: in October 2017, during my last semester of undergraduate study, I was so stressed and worried about whether I would pass my units of study that on the way to the bathroom during an anxiety attack at university, I lost vision and fainted; in May 2018, on the morning of my graduation, anxiety left me dry-heaving into a plant pot by the side of Missenden Road in front of breakfasting strangers.

Sometimes when I am feeling brave and hopeful that I can regain a Venlafaxine-free life, I open up Safari on my phone and type in “How to get off Venlafaxine” and all the variants of such. I then trawl through the hundreds of horror stories that people have written regarding their personal experiences of withdrawal:

I was unable to move without feeling dizzy and suffered relatively severe nausea and vomiting as a result. I was confined to my bed . . . I ended up being admitted to hospital as a result of this severe withdrawal syndrome.

I tried to get off Effexor XR (Venlafaxine) a few years ago, and the results were typical: agony, muscle aches, “brain zaps” and a depression worse than I had before starting on the drug.

When she developed suicidal thoughts and hallucinations as part of the withdrawal . . .

I absorb these stories until I am left deflated and consider whether I should just accept my fate and stay on the wretched medication for the rest of my life to avoid ever having to deal with the withdrawal symptoms again. A life of taking pills to stop the pain that they themselves cause. A life thousands of dollars poorer. A life not quite as good as it could have—should have—been because of a five-minute appointment with a doctor who thought antidepressants were an easy solution to the problem.

I know that for many Australians, antidepressants are lifesavers. Yet I wonder how many of these prescriptions came after treatment from a psychologist or psychiatrist first. It was 22 months from my initial prescription of Venlafaxine before a GP suggested the route of seeing a psychologist—although he did simultaneously double my dosage of Venlafaxine to 150 milligrams. One step forward, two steps back.

The armchair I sit in at the psychologist’s office is big and comfy. To my left is a long window that stretches from wall to wall; it looks out over Elizabeth Macarthur Creek and the sprawling tree-lined suburbia below. I’m often there in the late afternoon when the setting sun has dipped to the point where it diffuses a golden light into the room. In this space I am calm and introspective. I learn how to look for the root from which my anxiety sprouts and how to recognise and change my behaviours so that I can live a life that encompasses the most important things in my life: family, friends and education.

If I had gone to the GP that day in January 2016 with more knowledge about mental health and medication, I may not have been so naïve as to accept his prescription without speaking to a mental health professional first. I wish that instead of brain-altering capsules, I had been given the opportunity to sit in that cosy chair by the window.

Although general practitioners have been quick to grant me entry to the world of Venlafaxine, it seems they have no effective exit strategy. When I told them I wanted to stop taking the drug, their idea of “weaning off” was to have me halve the dosage in a single week. If they had personally experienced Venlafaxine, they would know that such a jump is akin to leaping from a cliff: utterly and completely crippling. I have therefore had to take myself by the hand and face the unfamiliar process alone. Inside the red-cased capsule of 150 milligrams of Venlafaxine, there are 12 small, white pills, each with a dosage of 12.5 milligrams. Since late December 2018, I have been taking one pill out of the capsule each night. After two weeks, I took two out each night. And then three. And then four. I am now currently down to 37.5 milligrams of Venlafaxine daily. The process is slow and it will continue for many months to come, but I am slowly regaining a sense of freedom, step by step, pill by pill.

Lauren Littlejohn is a Master of Publishing student at the University of Sydney. She can be contacted via email. 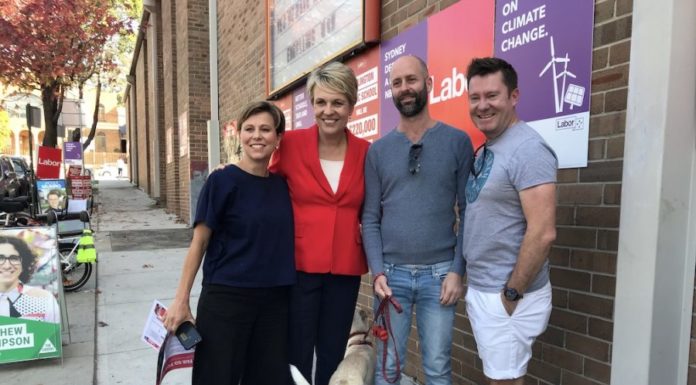