In the past 12 months, I have listened to 381 episodes of Last Podcast on the Left, 147 episodes of Generation Why, 97 episodes of Crime Junkie, the entire In the Dark, Serial, Teacher’s Pet, and Nowhere Child series, and I’ve dipped my toes into a few episodes of podcasts that intrigue me case by case. I’ve seen Death on the Staircase, Mindhunter and Making a Murderer; I’ve seen every movie, television show, and documentary available on Ted Bundy, and I’ve been down so many dark YouTube holes on Dr Death, H H Holmes and Bell Gunness that I’m worried my search history might get me in trouble.

I am, what some would call, True Crime Obsessed. And I’m not alone.

True Crime podcast listeners have increased 30 per cent since 2017 and the genre is now claiming up to 44 per cent of Australian podcast listeners each month. For the past few years, documentaries and movies on true crime seem to be everywhere, and it’s nearly impossible to escape the lure of do-it-yourself detective work.

So, what’s the deal with society’s obsession with the True Crime genre? Why do we seek out tales of night stalkers, family annihilators, and highway murderers to entertain us on our commute to work? And why would we actively seek out stories that showcase the darkest side of humanity, stories that make us lose sleep and double check the locks on our doors? Surely it can’t be healthy for us to turn to such horrific details of murder and torture for entertainment.

Couldn’t the same argument be made for horror films? What sort of person enjoys being so scared that they can’t sleep? Yet here we are, seven movies deep into The Conjuring Universe and an incredibly popular two-part remake of It, 33 years after the novel’s release. The difference, I believe, between the horror film industry’s depiction of macabre gore and the Australian Backpacker Killer, is that the latter is now serving seven life sentences in a NSW prison. True Crime, as its name intelligently suggests, is real. It’s the window into the darkest corners of the human mind, the great ‘other’ of society, and we love it.

The most surprising thing about this new trend, however, is that it might not actually be so new. Our obsession with exploring the darkest corners of humanity has a deep history in popular culture. The book that holds the title of best-selling true crime novel ever is still Helter Skelter, written in 1974; before that was Truman Capote’s true crime novel In Cold Blood written in 1965. It seems true crime has been trending for a while but Theodore Robert Bundy really put it on the map.

In 1979, the highly popularised murder trial of serial killer Ted Bundy was the first in US history to be televised nationally. Dozens of young women showed up to see Bundy represent himself in court, captivated by his charisma and handsome looks, while ABC News installed a special satellite to bring the trial to an estimated 40 million American homes. Many viewers were in disbelief, sceptical that such a seemingly charming man could have committed these heinous crimes. Stephen Michaud, co-author of ‘Ted Bundy: Conversations with a Killer’, revealed that during the trial women sent Bundy marriage proposals and explicit images; some even came to trial with their hair dyed a light brown and parted down the middle to emulate the supposed profile of his victims. The ‘Bundy Effect’ was immediate and unwavering, and our attraction to charismatic serial killers is a disturbing trend that probably deserves its own deep dive. But when looked at in the context of today, Bundy’s post-conviction popularity and fan base was an unnerving foreshadowing of the way our obsession with True Crime has exploded into popular culture.

The main appeal of true crime podcasts for me initially was the narrative. No two crimes are the same and diving headfirst into a pile of new evidence kept me actively engaged. When it comes to whodunit, it’s either always the husband, or the drifter, or someone no one ever suspected. When it comes to trials, some verdicts are predictable, others have left me furious or in shock. Most podcasters will do incredible amounts of research on each case and will talk through it with you as if you’re there with them, and the thrill of uncovering it all keeps me going back for more.

This isn’t surprising though. Humans are natural storytellers, and we have been weaving stories to help explain the world around us since the beginning of time. Although these cases cover real crimes, often with confronting footage of real victims and evidence, the narratives that piece together investigations fascinate us. True crime stories allow us to explore the parts of humanity and our own personality we might otherwise reject, to indulge in our desire to look at the terrible and know we are safe. It appeals to our empathy, to our impulse to investigate, to solve crimes, and to our desire for justice.

It could also be instinctual, a biological impulse left over from the hunter gatherer days. Understanding what can hurt us is a vital step towards avoiding that specific danger, and some psychologists suggest that understanding the motives and actions of killers can help us avoid certain situations.

This might explain the findings of a 2010 study, which found that women tend to enjoy true crime stories more than men do because of their educational value. The authors of the study found that the reason women were higher consumers of true crime was because they can learn the psychology of attacker motive, identify risk situations, and learn defence tactics. It would seem that women get more than just entertainment from listening to these podcasts and watching these shows, and could be the reason we gravitate towards these kinds of stories.

But a quick glance at the numbers shows that it is statistically more likely for a man to be the victim of a violent crime. In 2013, the Australian Bureau of Statistics found that men are three times more likely to be a victim of aggravated robbery, and 70 per cent of reported assault victims are male.

But the Bureau also found that women were five to six times more likely to be victims of sexual assault, and knowing these statistics drives us to learn all we can to survive. From this fear, women have been forced to be hyper aware of potential attacks, and to always take precautions – not travelling alone on public transport late at night, not wearing headphones while jogging, using car keys as a weapon, or not saying no too forcefully.

Having heard of so many cases of women being attacked on the street, I now call my boyfriend if I feel a car has been following me for too long on my late night walk home. Even though he doesn’t always pick up and it goes to voicemail, if something does happen, he’ll know about it eventually and call for help. Am I paranoid? Maybe. But I’ve had vans pull up beside me, and even if they genuinely want directions (which I doubt – haven’t you heard of Waze?), I’m just not going to risk it.

But calling it paranoia is an unfair dismissal of our very real experiences as new research conducted by Monash University has found these heightened anxieties are more prevalent than we thought. The research project, Free to Be, was an online mapping tool for women in Sydney to share the location of public spaces where they felt unsafe or uneasy, and details of situations where they had felt threatened. A quick glance at the map shows a stain of red pins, all congregating around places like Central Station, the CBD and popular Sydney beaches. As I read the comments for a handful of pins around my area, I was horrified at the experiences I’ve unknowingly shared with hundreds of other women around Sydney. But I’m not really that surprised. The map provided researchers with an incredible amount of data, finding that 80 per cent of women experience sexual harassment on a night out in Sydney, and 69 per cent reported incidences of sexual harassment during night time work commutes.

So maybe a large part of why women gravitate towards these genres is because it lets us know we’re not alone in feeling anxious for our safety. Most of the victims in these True Crime cases are women, and despite my boyfriend telling me I’m overthinking it, I can justify my own impulse to keep my keys clawed in a clenched fist when I walk home alone late at night.

Emily B Smith is a freelance academic editor based in Sydney. She is currently a postgraduate student at the University of Sydney, studying a Master of Publishing. Emily can be reached by email or on Twitter at @ebrontes 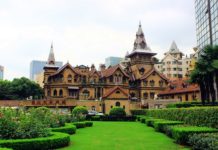 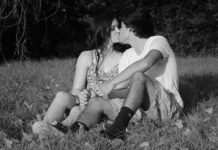 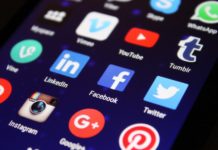 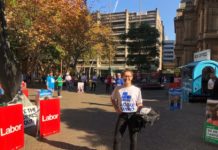