A new law to protect farmers from trespass has gotten civil liberty groups up in arms, writes Marco Stojanovik.

Pig farmer Ean Pollard stands at a locked gate plastered with security warnings. The signs caution trespassers and those breaching biosecurity zones will be prosecuted.

It may seem excessive but since being raided by animal activists in 2013, Mr. Pollard worries what another break-in could mean for his pigs and his business, Westmill Products, a farm outside Young, Central West NSW.

When he found out about the break-in to the pregnant sow section of his piggery he was “gutted”.

“It was absolute shock,” he said.

As the protesters left no sign of a break-in, he only learnt about the raid when a journalist who had viewed footage online contacted him.

The footage, still available on the website Aussie Farms, shows activists moving up and down aisles shining torches and rattlingsow stalls. A chorus of squeals are erupting from the sows’ salivating snouts. They are biting frantically at their cages when expectations to be fed are not met.

“I couldn’t believe somebody would taunt my animals to that point to obtain sensational footage,” Mr Pollard said.

It’s a marked difference from the pigs’ reaction to us entering their enclosure the day I visit. They plod over to greet their owner, nibbling his gumboots and tugging on the sleeves of his white overalls.

The protective clothing is mandatory for anyone entering the piggery. Any introduction of pathogens or diseases that affect the health of the pigs would be “devastating” to his business and the wider industry.

According to 2013 modelling by the Australian Bureau of Agricultural and Resource Economics a large multi-state foot and mouth disease outbreak would cost the Australian economy between $49.3 billion and $51.8 billion over 10 years.

African Swine Fever is the latest scare. With no known cure it has already killed an estimated quarter of the world’s pig population. On Australia’s doorstep, having reached Timor-Leste, border security is on high alert to prevent contaminated meat entering from an affected country.

Mr Pollard, chairman of the NSW Farmers’ Association Pork Committee, is working with other farmers to strengthen their biosecurity in preparation for a possible outbreak in Australia

Threats such as these are one of the reasons the association has been lobbying for increased penalties for trespass as a necessary protection.

“Sharpening up the penalties for this sort of activity… is a recognition that the impacts of these trespasses can be and often are quite significant.”

Heeding these calls, NSW Agriculture Minister Adam Marshall introduced the Right to Farm Bill 2019 in September. It includes new penalties for offenders who illegally enter properties of up to three years’ jail and fines of up to $13,200. The bill also creates a new offence for directing or inciting others to trespass, which is punishable by a maximum 12 months jail and an $11,000 fine.

The Bill passed through the NSW Legislative Assembly on October 16 andwill now be voted on in the NSW Parliament’s upper house where the government will need the support of crossbenchers if it is to become law.

“We are delivering on our election commitment to step up and protect farmers from vegan vigilantes, illegal hunters and extremist activities,” Mr Marshall said.

In a recent government inquiry into the bill, he cited a 27 per cent increase in the number of recorded incidents of trespass on farms and rural properties.

But legal groups, unions, and environmental organisations are lobbying against the bill. Submissions to the inquiry described it as “antidemocratic” and “draconian” with “disproportionate” penalties which are unnecessary given the current “adequate” law.

In 2016 the Inclosed Lands Protection Act increased the fines from $550 to $5,500 for trespass onto private property for the purpose of interfering with the conduct of business.

Submission authors also expressed concern that the bill could cover anyone protesting. Evidence was given that the addition of the word ‘hinder’ broadened the scope of the provision beyond interfering with a business or an undertaking to include passive, peaceful protests such as sit-ins.

The broad definition of  ‘inclosed lands’ was criticised as, defined by the legislation, it could apply to public places enclosed by a temporary barrier.

In response Mr Marshall amended the bill to clarify the penalties would only apply to offences on agricultural land. He earlier commented that the laws will not impact on peaceful protests but only apply to those trespassing.Vice-President of the NSW Council of Civil Liberties, Dr Eugene Schofield-Georgeson, finds this attempt to quell criticism “outrageous”.

He said the bill is part of a bigger trend in NSW and across Australia since 9/11 of terror and bikie laws applied to civil society.

Australia has an implied right of political communication in the constitution and has agreed to uphold rights such as freedom of association and freedom of assembly that could be used for protest.

“The extension through those laws and cases has come full circle to now engage political process and freedom of press,” Dr Schofield-Georgeson said.

Under the successive NSW Liberal governments, laws have been introduced to increase penalties for people protesting at mining and fracking sites and to prevent people protesting outside abortion clinics. Police powers have been expanded to “move on” people taking part in any gathering, meeting, or assembly and ban people from public places and events without a judge’s approval.

Dr Schofield-Georgeson said he is confident that the Right to Farm Bill has gone too far and will accordingly be struck down by the Australian High Court if it is to become law.

In a similar case, Brown v Tasmania, the High Court of Australia ruled that the provisions of the 2017 Tasmanian Protesters Act were unconstitutional as they targeted the implied freedom of political communication. The law prohibited people from taking part in protest activities in or around business premises, including on forestry land.

“[The Bill] is an impost on our most basic right… to freedom of speech and fundamental communication about politics and political affairs,” Dr Schofield-Georgeson said.

Marco Stojanovik is a graduate student of Media Practice at the University of Sydney. He has a strong interest in Australian and international political affairs and social justice issues. He can be reached by email or on twitter @MarcoStojanovik. 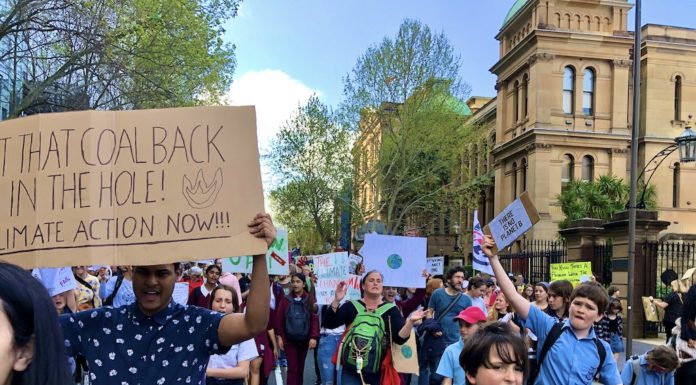 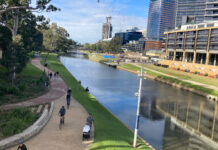 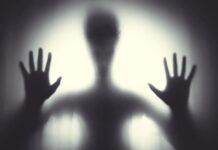 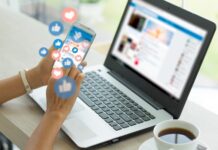 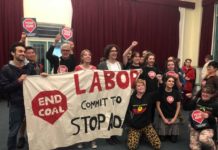