Once again, the familiar cry of “stop the boats” has entered an Australian election campaign. This time the government isn’t talking about boat turn-backs or mandatory detention, but laws that allow asylum seekers to receive medical treatment in Australia.

The medical evacuation laws, passed in March this year, allow asylum seekers housed on Nauru and Manus Island to be transferred to Australia for medical or psychiatric treatment on the decision of two or more treating doctors. Its passing marks the first time since the 1920s that the federal government lost a vote on its own legislation.

The coalition has been critical of the measures, with Prime Minister Scott Morrison claiming: “There is no form of this bill that does not weaken our border protection – no form.”

In the lead up to the May 18 election, should Australian voters believe these claims?

PM Scott Morrison has said he views the medevac laws as unethical, unnecessary and detrimental to our safe borders. During parliamentary debates on medevac, he consistently brought the conversation back to deterring people smuggling.

“They [the opposition] are failing the test of duty to the Australian people, and they do it trying to kid themselves that this is being done in the name of humanitarianism. Well, I remind them that their humanitarianism last time led to child deaths, it led to the total destruction of our borders and it took the strength of a coalition government to undo this.”

Australia has adopted a bi-partisan policy of deterrence, with harsh consequences for those who arrive by boat. The Prime Minister has been vocal about the success of this approach in the lead up to the election.

What are Sydney candidates saying?

“They [the Liberals] are scuttling back to their electorates in shame because they are so frightened of Labor and the crossbench doing the right thing, combining to do something that Australians are in favour of, that they’re prepared to give up what they say has been most important this year in keeping Australians safe.”

“The Liberals claim that the medical evacuation laws would ‘start the boats’ was an obvious scare campaign, as the re-opening and subsequent closing of the Christmas Island Detention Centre has conclusively shown – $180 million spent so Scott Morrison could hold a fear-mongering press conference.”

Thompson said he doubts whether deterrence is the correct approach.

“It is unknown if this policy – extreme cruelty as a method of dissuading people from seeking safe haven in Australia – has even been successful on its own horrific terms,” he said.

“Many crucial details of so-called boat turn-back operations, such as where the boats are intercepted are hidden from journalists and the Australian people.

“Liberal and Labor governments must stop punishing people who are trying to escape persecution elsewhere. The Greens have a plan to end offshore detention, increase our humanitarian intake, and establish a fair regional process for people seeking asylum.”

The current situation in offshore detention

The medevac laws were passed in response to what Professor Kerryn Phelps, Wentworth MP, described as an “urgent medical crisis in Australia’s offshore detention centres”.

Medicins Sans Frontieres (MSF) released a report in October 2018 asserting that the alarming level of mental illness among asylum seekers in offshore detention is connected to Australia’s border protection policy. It noted that 60 per cent of patients treated by MSF reported suicidal ideation and 30 per cent had attempted suicide. Despite these high numbers, the not-for-profit organisation was forced to depart from Nauru last October.

MSF has described the mental health issues on Nauru as among the worst it has encountered, even surpassing that seen when providing care to victims of torture. The medical charity has further reported that the hard-line policy of mandatory indefinite detention can be attributed to creating a sense of hopelessness and despair that is responsible for the high incidence of mental illness in offshore detention.

Prior to the passing of the medical evacuation laws, asylum seekers on Manus and Nauru were transferred to Taiwan to be provided with medical or psychiatric treatment and subsequently returned to detention. Medical transfers to Australia occurred only by order of the Federal Court and under significant political pressure. The medevac laws, passed in the Migration Amendment (Miscellaneous Measures) Amendment Act 2018 (Cth), create a legal framework for the medical transfer of asylum seekers on the decision of two or more treating doctors.

Chief among the Coalition claims is that the Labor opposition has spread misinformation regarding the access of detainees to medical treatment. Prime Minister Scott Morrison has claimed: “There are more than 60 medical professionals on Nauru, for 420 people. If that says there is no medical facilities available on Nauru, then that is ridiculous.”

Migration expert and senior lecturer at Macquarie University, Dr Daniel Ghezelbash, calls these figures “utter rubbish”. He said the numbers given by the Liberal Party were total staff numbers and did not reflect the medical facilities actually available to detainees. Dr Ghezelbash said only a small fraction of those numbers were actually present at any given time.

Medical evacuations to Australia have occurred, but only under significant political pressure. Dr Ghezelbash supports medevac as taking some of this political power and putting it in the hands of independent doctors.

He said he disagrees with the view that the laws will increase the number of boat arrivals, calling it “a desperate attempt by the coalition to drum up some votes”.

“The law is very clear that it doesn’t apply to future arrivals,” he said.

Dr Ghezelbash acknowledged the impact of tough border control, saying it was hard to deny the effectiveness of the government’s border control policies, but suggested there might be a more humane way to achieve this. He called the deterrence policy cruel, short-sighted and bound to backfire eventually.

“What we need is to increase capacity for protection both in our region and globally,” he said. “The only long-term approach that will work is to work with our neighbours in the Asia-Pacific region.”

He also queried the consistency of Liberal messaging: “If the Coalition was serious about the impact of messaging, then they did the most destructive thing possible by asserting that Labor was weakening our borders.”

Will more deterrence win the election in Sydney?

The Liberal Party has seen success in previous election campaigns with hardline policies on immigration and asylum seekers. In the 2001 federal election, polling indicated a Labor success but the Tampa crisis, when the Howard government refused to allow a Norwegian ship carrying asylum seekers to enter Australia, changed the course of that election and set the tone for Australia’s policy towards boat arrivals, which persists to this day.

The historic election resulted in another six years of Coalition government and a controversial asylum seeker policy that has seen Australia accused of human rights violations ever since.

Offshore processing promises to feature again as a key issue in the federal election, with the Coalition poised to oppose the medevac laws and appeal to rhetoric on strong borders and deterrence. While the laws represent a movement towards a more compassionate asylum seeker policy, Australia’s hard line on unauthorised maritime arrivals is unlikely to change in the near future.

Cindy Cameronne is a first year Master of Practice student at the University of Sydney and a Law and Arts degree graduate from the Australian National University. She has a particular interest in migration law and policy having worked two years in that industry. 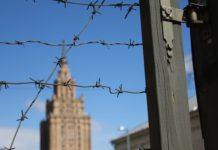 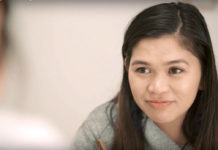 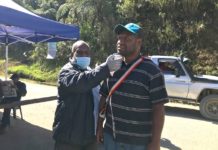