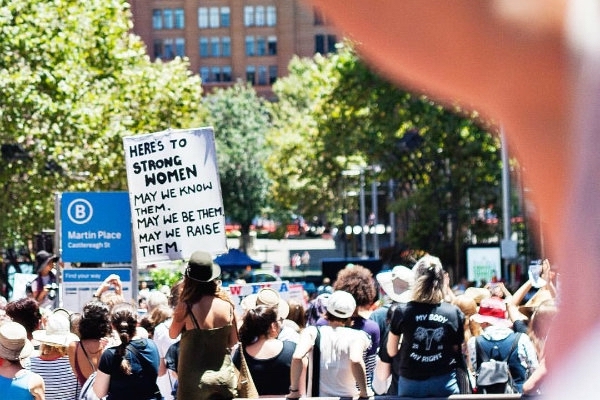 Although women make up almost 51 per cent of Australia’s population, less than half of the sitting parliament members are women, with 45 in the lower house and 30 in the upper house. Since gaining the right to vote and to run for office in 1902, women have slowly populated the parliament chambers with their voices.

“Many milestones have been reached and barriers broken in the past 40 years,” said Anna Summers AO, formerly first assistant secretary of the Office of the Status of Women in the Department of the Prime Minister and Cabinet.

But in 2019 there is still a partisan imbalance in the representation of women in the federal government. Women only make up about a third of the members of the current federal parliament. In 2016, the Liberal Party said it wanted women as half of its federal members by 2025: currently less than a quarter of Liberal seats in Parliament are held by women.

“I genuinely believe that parliament and democracy will be better off with more women there,” said Sarah Hanson-Young, the Greens Senator for South Australia, during an ABC Q&A women panel earlier this month.

As of January 2019, there are 75 women sitting in parliament: 44 in Labor, 21 Coalition, five Greens, three Independents, one each in One Nation and Centre Alliance.

Deputy Labor Leader Tanya Plibersek is a strong advocate for greater female representation at all levels of government.

“There’s no reason we can’t improve representation of women at all levels of government at the same time,” she said via email. “Labor has had affirmative action targets in place for more than two decades now and we’ve had great success in preselecting female candidates that people have voted into parliaments.

“In Australia, women still bear the majority of the responsibility for raising children. We need to find ways to make politics more family friendly, but also break down stereotypes about who should care for children and encourage more equitable sharing of childcare responsibilities in families.”

When the Labor party adopted a quota system in 1994, representation of women in both the Labor and Liberal parties was at 14 per cent. By January 2019, the Parliamentary Library of Australia reported that women make up 46.3 per cent of the Labor party at a federal level.

The Liberal party has been criticised for their candidate selection system and lack of female representation. The Liberal Party claims their candidate selection is based on merit and the most qualified to win the seat. Prime Minister Scott Morrison’s recent speech on International Women’s Day about women stirred anger in women across the country, further cementing the idea that the Liberal Party is not women-friendly.

“There’s some pretty mediocre blokes up there,” said Hanson-Young. “I think this whole idea that we have to hold back women’s advancement for fear of upsetting some blokes – I really think it’s the wrong perspective to be promoted from our Prime Minister.”

Currently, three of the 19 women in the Liberal Party will not be returning after the election.  Of the 83 candidates preselected for Liberal seats in the Lower House only 19 are female. Of those 19 only 15 seats are considered winnable seats in this election.

Several women are running as Independents in Liberal seats. Among them is Liberal-turned-Independent Julia Banks. “For the first time in decades, Liberal Party women are voicing their frustration and anger at being overlooked for leadership roles,” said Summers.

Women for Election is a non-partisan and non-profit organisation that focuses on empowering women to run for seats in government at all levels.

“It’s very difficult to have a voice when you’re a minority,” said Jennifer Morris, founder and chair of Women for Election. “Part of an initiative is not to get rid of all the men but to bring gender equality, because if we bring gender equality you get a whole cultural change, not just policy change but in outcomes in the way people behave.”

The organisation conducted research on the barriers women face when running for public office. Aside from preselection, childcare, money and confidence are among the hurdles women have to jump over to run for office.

Licia Heath, CEO for Women for Election, said she had never felt discriminated against until she had her first child.

“It’s like someone put a brick on my head and said ‘no further for you, that’s it’,” she said.

Even though she had maternity leave benefits from her company at the time, when she returned to the workforce she found their generosity to help her work was not the same.

Women for Election focuses on giving women the confidence to run for public office, even if the chance of winning is slim. According to Heath, what matters in running for a seat is “having a voice and changing the conversation” and normalising the idea of women being able to participate in politics.

“A parliament with large numbers of women is a very different place from a parliament, or a chamber, where women either are not present at all, or are in such small numbers that they have very little influence,” said Summers.