Michael Smart is a 68-year-old Vietnam Veteran who lives in Greystanes, with his wife Judy. I’ve known Michael for over five years as a patient at the medical centre I used to work at, but I never knew that he is still battling posttraumatic stress disorder (PTSD) and depression, 45 years after returning to Australia from the Vietnam War.

Michael opened up about the effects the war had on him, his experience getting help from the Department of Veterans Affairs (DVA) and what treatment has been like so far. 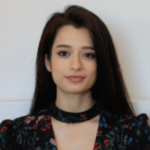 Mary Hakimi is a 24-year-old media professional and postgraduate student with a passion for social and digital media. She loves good coffee, travelling, ‘A song of ice and fire’ by George R.R. Martin and beach days. Contact: mhak0122@uni.sydney.edu.au

Review: What are little girls made of?