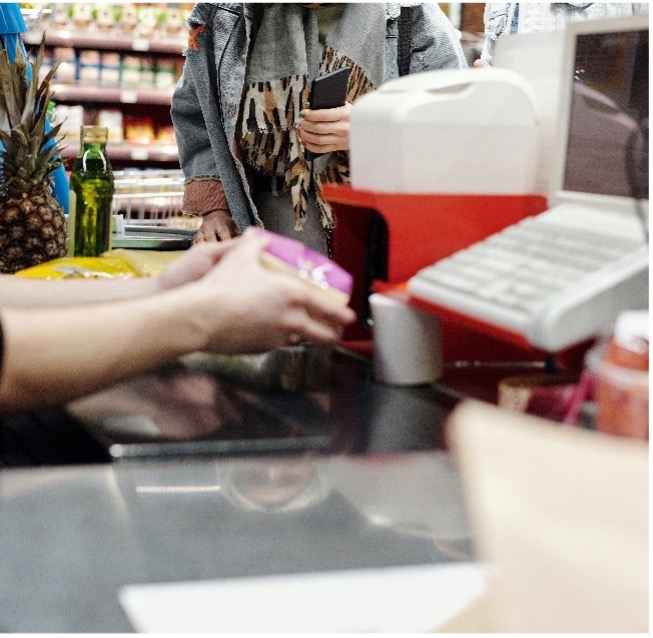 My timid 15-year-old self is standing behind an industrial looking checkout and conveyor belt, tapping my foot to the sounds of Mariah Carey’s “All I Want for Christmas is You”.

It’s June, almost festive season but still more than a few months away. As the weathered sole of my black leather shoe tippity-taps against the ground, my mind drifts into a blurred state. My limbs feel detached from my torso, the tips of my fingers and toes tingly and numb. I dissociate completely from the small world around me, a supermarket filled with impersonal people and products, begging to be bought and begging to get out.

The dull silence of the night shift often sends me into these trances. The mid-scale Woolworths in Seven Hills Shopping Centre is no place for a veracious imagination. Having scanned and served my way through the peak hour of grocery shopping, having gone on all my breaks and refuelled, having cleaned my register and workstation from top to bottom, the clock refuses to put me out of my misery. Someone else, however, has other plans…

Silence. Stagnation. A thud against the conveyor belt. A middle-aged man, maybe in his 50s, has approached my register and is starting to unpack his little green basket full of essentials. Milk. Bread. Sugar. Other bits and bobs.

With the sound of the thud, I immediately snap out of my sluggish state. I perk up, meet his eyes, and slowly regain the composure of my customer service self.

“Of course, of course. I’ve been waiting for too long! How are ya mate? Need a bag?”

He laughs, says he’s good but it’s been a long day at work, and says one 15-cent plastic bag will do. As he places his green basket below the conveyor belt with the others, he suddenly perks up and notices my name badge. My name at the time, ‘Danial’, alongside the supermarket’s logo, is plastered next to some shallow slogan like “Value the Australian way” or “Australia’s Fresh Food People”. He squints his eyes and peers at the badge, walking closer and closer until he is directly in front of me. The only barrier between us is the conveyor belt and his groceries.

“That’s a nice way of spelling Daniel. Where does it come from? Where are you from?”

“Well I was born here, but my family and I identify with the Iranian culture. So the name is spelt how it would be said in…”. He interrupts me.

“You can’t have it all, son. Here is not where you’re really from, and I don’t mean to be rude!”

Up until this point, the sociological questions of race and ethnicity and privilege and belonging and all those big picture, large-scale concepts hadn’t crossed my mind. At age 15, I barely had an understanding of these concepts, let alone in the heat of such a peculiar moment. And as someone who had struggled with the notion of cultural identity and had internalised the prejudice and discrimination he and his community were privy to, I wasn’t well equipped – like I am now – to give this man a sophisticated answer. Nevertheless, I made do with what I knew and had in front of me.

Dr Tim Soutphommasane, Australia’s Race Discrimination Commissioner from 2013 to 2018, has written and spoken greatly to the topic of race in Australia. His handful of books, including Don’t Go Back To Where You Came From (2012) and I’m Not Racist but… (2015), have been highly topical in Australia’s debate on whether racism still exists or not. The construction of contemporary Australia as a multicultural success story is undoubtedly true. And while Amnesty International reports that 84 per cent of Australians believe in freedom from discrimination on the grounds of race or culture, this does not mean that racism in ‘aversive’ form does not exist.

In his annual oration in 2017, Dr Soutphommasane said: “Racism isn’t always brutish or boorish [in Australia]; it can sometimes be rather sophisticated. You don’t always need a foghorn when sometimes a dog whistle will do.”

In this situation, I felt that the man was using a dog whistle rather than foghorn. He hadn’t intended to be racist, nor had he made some violent scene in belittling me as an Iranian-Australian. But he had failed to see exactly that: my Iranian-Australian-ness. My dual identity and connection to two lands and two cultures which at that age I was still navigating on my own terms.

“I don’t think it’s that simple, mate. A lot of us share identities in this country. A bit of a two-for-one deal,” I said cheekily, trying to regain the bantering tone we both had taken when we first met.

The man stared at me blankly, dismissing what I had just said and asks whether he had scanned his rewards card yet as a way of escaping this conversation. At this point, only one of us is still uncomfortable.

According to scholar Robin DiAngelo, who, like Soutphommasane, has engaged closely with whiteness studies and race relations, aversive racism is “a manifestation of racism that well-intentioned people who see themselves as educated and progressive are more likely to exhibit”. In essence, those who engage with racism in their schools of thought and their behaviours are quick to dismiss topics of race, particularly when they are culprits in misusing it. They “enact racism in ways that allow them to maintain a positive self-image”.

This man, alongside many Australians who are not susceptible to everyday aversive racism, was completely oblivious to his role in belittling what I had to say and even preventing me from saying it! His position as the customer in the imbalance customer/worker power hierarchy played to his advantage. Although I can’t say he was totally aware of this, I can say that his unwillingness to hear me respond to a question he initiated is highly indicative of Australian society.

This man, who came from an Anglo-Australian or white background, blew the dog whistle and assumed an authoritative stance on cultural identity despite his lack of proficiency in the matter. This very decision was an act of aversive racism: (mis)understanding a situation and silencing the most qualified person in the room from speaking about it.

There is a certain complexity to cases of aversive racism. Sometimes it is hard to tackle it head-on when the environment or perpetrator are non-compliant. In my case, a workplace or supermarket isn’t the ideal place to engage in discourse. And this man, who wasn’t willing to learn or had no interest in learning, wasn’t the ideal conversationalist either. The incompetence of the victim can also be a barrier. A 15-year-old version of me cannot even begin to be compared to a 20-year-old version of me, a sociology major who has read the works of Soutphommasane and DiAngelo and other scholars in depth. It is only in retrospect that I have been able to conjure such deep reflections, with an advancement in my education and, more importantly, a closer connection to my cultural roots and the need to defend them in the face of aversive racism, one of Australia’s biggest societal problems.

The man has left now. His essentials are neatly packed away in the plastic bag he carries, his keys and phone grasped in the other hand as he walks away from me and approaches the doors to the carpark. I am left feeling unsatisfied by this strange interaction and am reminded of its inertia every time he returns. When he greets me from then on, he has a smile on his face and treats me warmly. But he doesn’t dare bring his eyes to meet my name badge nor does he refer to his discomfort in our first interaction. After all, the point of aversive racism is to continue to live in the image of socio-racial perfection. The point is also to ignore the topic as a whole.

Danny Yazdani is an English and Sociology student. He writes in his spare time or when he is struck by an overwhelming feeling or sensation he can only express to others through the written word. He is fascinated by topics of biculturalism, masculinity, intergenerational trauma and theatre, and explores them across various disciplines.