“Good morning, this is BBC news breakfast,” the voice declares with typical British deftness. “We are two weeks out from an historic general election.”

Ever interested in politics, I reach out my hand to turn up the rhapsodic voice. Not only was the election two weeks away, but it was almost exactly one year since the momentous 2016 Brexit referendum, in which the UK had voted to leave the European Union. This election would determine if the Tory Party could strengthen its parliamentary majority before crucial Brexit negotiations.

But before my hand can turn the dial, my dad latches onto my arm.

“We’re not listening to this rubbish; I can’t take anymore,” he says gruffly, switching to the sports channel.

“But you’ll be voting in two weeks,” I retort. “Don’t you want to know what’s going on before you decide who to vote for?”

My dad rolls his eyes. “I won’t be voting, so what’s the point?” 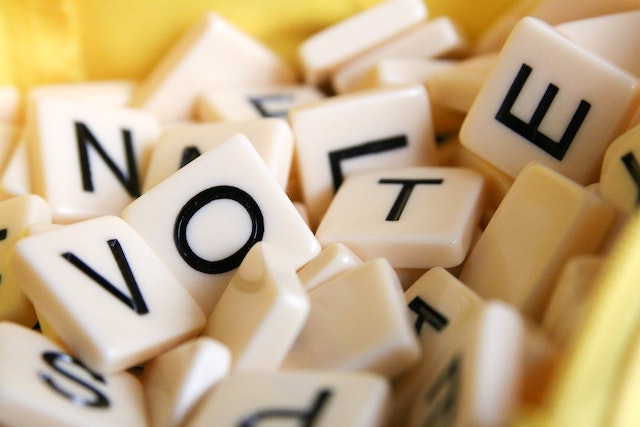 Taken aback, I sink into the warmth of my seat. My dad, who has worked his entire life, paid his taxes, voted in every election since Margaret Thatcher was prime minister and taught me the value of ‘civic responsibility’ wasn’t going to vote?

I quickly stiffen in my seat. I couldn’t just let this pass by like the blurred median strip outside my window.

“But dad, this isn’t any old election,” I argue with youthful optimism. “Every vote will be critical to how Brexit plays out and what the future of the UK will look like!”

“Look,” he responds calmly, trying to quell my disbelief. “I love that you have that view of politics; never lose your idealism and want for change. But I’ve seen too many immaterial elections in my life to still believe my vote makes a difference.”

My frustration quickly turned to curiosity. It just so happened my dad was not the only one who felt this way. In the 2017 British general election, more than one in five eligible voters chose to abstain, and this figure dropped again two years later. Voter turnout was at its highest in the UK’s 1950 general election at 84 per cent. Ever since, British voting turnout has been in steady decline.

In the United States – another supposed bastion of democracy – the situation is equally dire. In the 2020 US election, just two-in-three Americans voted, and, while this was the highest figure since the 1960s, it still meant at least a third of Americans weren’t exercising their democratic right.

Was this disaffected third just wearied by a lifetime of voting and election cycles? Maybe, I thought, my old man’s apathy toward voting was just a symptom of getting older?

Fast forward two years and I’d just cast my first-ever vote in the 2019 Australian general election. This was an uncharacteristically exciting moment for a fresh school leaver.

“Have you voted yet?” I ask a friend expectantly.

His eyes remain on his phone: “Ah no I haven’t. Was that today?”

“Yeah, I just voted; it was easy enough. If you go down to the local…” I’m quickly cut off.

I’m quickly reminded that not everyone shares my interest in politics or believes that voting can affect political outcomes. But I also realised that getting older couldn’t be the only explanation for my dad’s apathy.

While voter turnout in Australia is consistently above 90 per cent, this doesn’t tell the full story. Mandatory voting means many are compelled to vote, without necessarily believing their vote will have a material impact.

The Institute for Democracy and Electoral Administration found that the global average voter turnout has decreased considerably since the 1990s. This is part of a broader feeling across democratic societies that politics no longer represents voters. This presents a major problem for democratic systems that are reliant on the engagement and active participation of their participants. How do we fix this feeling – shared by my election-weary dad and disinterested friend alike – that elections are immaterial?

In Switzerland, voters can ‘bypass’ politicians. The electorate can vote quarterly on individual policy decisions with data from the Swiss Electoral Study finding more than 90 per cent of the Swiss electorate have cast a ballot in at least one of these voting sessions.

Could these approaches help bridge the growing gap between voters and politics in Australia, the UK, and other democracies? I call my dad to ask.

“Hey dad, remember that conversation we had before the 2017 general election? When you said you weren’t going to vote?”

I didn’t expect him to remember. I was wrong: “Of course I do. How could I forget your impassioned plea for the value of voting?”

“Well, what do you think of how they’re doing things in Switzerland and Ireland?” I ask,  explaining the different approach each was taking, half expecting his cynicism to take over.

“As it happens, I was just listening to a piece on the radio about just that. I quite like the sound of it.”

Maybe he was more receptive to change than I thought.

Bobby Carter is a third-year student completing a BA (History) and B Advanced Studies (Politics and International Relations) at the University of Sydney with an interest in politics, history & government.