A group of nannas across Australia have joined forces to show support for the climate strike movement around the world, fight for their grandchildren and get educated on climate change science.

Jazz Rosewell, a 60-year-old nanna of two granddaughters, founded a Facebook group early in August called Nannas Not Napp’n after being inspired by 16-year-old Swedish climate change activist Greta Thunberg. Since its creation, the Facebook group has racked up nearly 100 members.

Rosewell wanted to help other nannas or grandparents to become more aware of what is happening with the climate emergency and become a “force to be reckoned with,” after feeling a sense of powerlessness.

“We’ve got grandchildren coming into the world and what are we leaving them? We’re leaving them this huge, quite frightening environment and there’s no direct action to take things seriously and turn things around, it’s quite disheartening,” she said.

Rosewell chose the name nanna because that was the name her grandchildren call her by, but also because she knew that there were nannas everywhere who are concerned about the future of their children, grandchildren and future generations due to inaction from decision-makers in government.

Nanna Not Napp’n members are predominately from Australia, with people in Queensland and all over New South Wales. But the group’s reach has touched nannas in England and America. The majority of the nannas were involved in the recent climate strike on September 20 to show the kids involved with the protests the nannas were not napping and watching life pass by.

Nannas of the group attended their local climate strike march with their hand-made signs to show support to the growing movement. Glenys Cringle, a 65-year-old nanna from Newcastle, attended the strike with her custom-made Nanna Not Napp’n shirt while pushing a stroller around that carried a baby-sized inflatable Earth.

Both Rosewell and Cringle said they felt their generation and the one before them should have come up with renewable, sustainable energy solutions instead of continuously relying on coal and burning fossil fuels.

According to National Geographic, knowledge of climate change first became front-page news about 30 years ago and in the 1950s the New York Times began reporting on how the accumulation of greenhouse gas emissions from the burning of fossil fuels would lead to a warmer climate on Earth.

Rosewell frequently shares new and relevant information about climate change in the Facebook group to help members stay informed and educated. Posts include easy to digest news information of the climate-related catastrophes happening across the globe, pictures, and videos of climate activities. With enough word of mouth, Rosewell said she hopes to raise the number of nannas from 89 to over 100 by the end the year and later become a large movement  to take a stand against the inaction of current decision-makers in power. 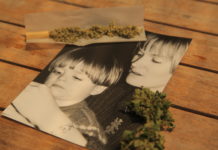 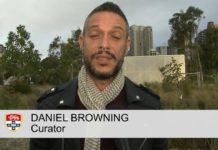 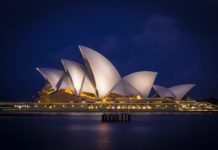